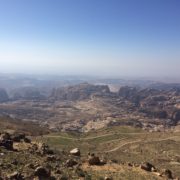 Earlier this year I have been to Jordan. The landscape was jaw-dropping. In the morning the air was still fresh but over the course of the day the sun got really strong. Despite wearing long sleaves and long pants, the skin of my face soon felt scorched. As I continued walking through the stunning remains of the ancient city of Petra the sting became hardly bearable – notwithstanding high factor sun protection cream. I just had a scarf – so I did like the local Bedouins and wraped it all around my head, leaving just a slit for my eyes. It was still hot and I was sweating like a pig but at least like this the sun was tolerable. A niqab would have been more comfortable though. I bought one later on and it has become an indispensible travel accessory ever since. 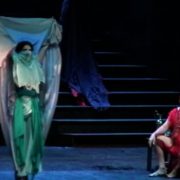